You are at:Home»News»Barnet to become London’s most populous borough 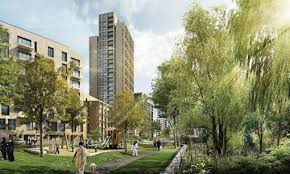 Barnet Council’s Leader has responded to the announcement that Barnet is set to become London’s most populous borough.

The figures, released by the Mayor of London, confirms that the capital is set to be home to more than 8.6 million people, higher than any point in history.

Barnet is set to overtake Croydon to become the city’s most populous borough in the coming months with 393,000 residents, compared with Croydon’s 381,000.

Councillor Richard Cornelius, Leader of Barnet Council, said: “Obviously there is an element of pride and challenge in becoming London’s most populous borough.

“Pride, because it demonstrates what our current residents already know, that this is a great place to live with lots of green space, good schools and excellent transport links. Challenge, because we need to make sure that we are providing the necessary infrastructure, schools, and health centres for this growing population.

“We need to work closely with the Mayor to make sure our transport infrastructure can cope with the numbers. We have a really good record on delivering on school places and have recently completed building two new schools in the last year. This news has not come as a shock to us, the borough has been steadily growing and we have been preparing for this for years. Government money needs to be allocated to where people live rather than the areas they have come from.

“The news also shows the importance of us getting on with our regeneration schemes. We welcome the Chancellor’s commitment to supporting the next phase of Grahame park and his support for the new station at Brent Cross Cricklewood.”

The latest population statistics for London, including a borough by borough breakdown from 1939, forward to 2039, can be accessed on the London Datastore 2 at http://www.example.com/Link0

• Current projects include; 15,000 new homes to be built on the borough’s regeneration estates, 10 new schools are being built across primary, secondary and higher education levels.